Career Advice From The Entrepreneur And CEO Behind Pokémon Go
John Hanke’s determination helped place his team on top of the world. Take notes

John Hanke is the CEO of a software company, Niantec, that was spun out of Google and has created the likes of Pokémon Go, Ingress and Harry Potter: Wizards Unite. He’s kind of a big deal and he knows how to get to the top of the career ladder. Lucky for you, he’s here to help.

The concept of a 3D map of the world has long been a staple of sci-fi, so it already existed in people’s imaginations, Hanke says. As a result, once he saw the demo, he knew it would be embraced by users. “Success comes down to picking the right opportunity,” he says. “Make sure it’s worth the effort. Find something that feels like it just has to become a reality, whether it’s you or someone else who makes that happen.”

Personalities are key to success in any business – but they can also conflict. “We have rock-star talent, but you’re trying to get something done,” Hanke says. His career tactic: keep the mission in the foreground. High-calibre talents are motivated by ambitious goals, says Dr Andrew Boynton, author of Virtuoso Teams. But don’t force compromise. Instead, make your people compete with one another, and then churn through their ideas until the best ones emerge.

Related: 5 Products You Need To Keep In Your Desk Drawer At Work To Help You Get A Promotion

Hanke searches for career lessons in all his experiences – not just the triumphs. This is a sign of self-awareness that he looks for in others. Failures, in particular, are difficult to confront, says economist Tim Harford, and we may lump them with successes to produce net positives in our memories. But that won’t help you perform better. The trick: remember that failure isn’t a flaw. “If you are trying something significant and new, you’re going to make mistakes,” says Harford.

Surrounding yourself with the right people is key to career success. Hanke looks for people who exhibit enthusiasm for the projects they’re working on; it starts with generating ideas for team improvement. For his hires on the business side, he likes to see evidence of entrepreneurialism, even if it’s a business started to pay the bills in college. “Any kind of initiative says a lot about the person’s drive, intelligence, and ability to creatively solve problems. That’s huge for me.”

Related: QUIZ TIME: Are You Ready For A Promotion?

To motivate your team, establish career goals beyond making money, Hanke says. Google Earth found its higher purpose in 2005, when the team worked nights to produce imagery of New Orleans after Hurricane Katrina struck so people could check on their homes. Harvard professor Dr Michael Beer, says these higher goals can revolve around concepts like quality and service. If they’re authentic – if leaders believe in them – they can help drive teams to success. 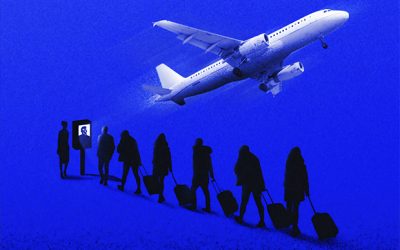