Butter Up Your Nuts. Wait. No – Upgrade Your Nut Butters.
Why spend more than you have to when you can feed your body what it needs with these spreads?

Packing on muscle requires a knife, a fork and a grimace, right? Nope. It’s important to mix up your protein sources, and putting taste back into the muscle-building equation starts with nut butters. Local companies are whipping up clever concoctions, and we’ve tried them all. (It was a fun week.) Here’s what we found, and here’s what we’re still eating.

Tastiest: Buttanut Cinnamon  Macadamia – It tastes so damn good, every one of our samplers was caught double-dipping. It’s not exactly a protein powerhouse, but this high-caloric, dessert replacing butter beats the flavour of most ice-creams, and packs a huge helping of monounsaturated fat. That’s the stuff that lowers cholesterol levels and blood pressure.

Least kJs: Jozi Nut Butters Toasted Coconut Cashew Butter – Boost your metabolism, power up your immune system and stock up on micronutrients. Or just dip into this jar. It doesn’t have the protein kick of some of the others on this list, but this spread is low enough on calories to help keep up your macros when you’re on a cut. A morning spoonful will keep the engine going until lunch.

Most Protein: Woolworths Food Almond Butter – Most superfoods taste like super villains. Almonds are here to save the day. This naturally sweet nut contains more protein per gram than any other fruit. Plus, you’ll bag the benefits of its high Vitamin E content, which has been shown to combat muscle weakness. Add a spoonful to your next smoothie.

The All-Rounder: Oh!Mega Peanut Butter- Peanut butter is a muscle-building staple, but most jars are either packed with sugar or sapped of taste. This spread didn’t make those mistakes. The secret: a splash of honey. You’re still getting the protein surge but it’s now something to savour, not just stomach. Spread it on a slab of rye or add it to your oats. 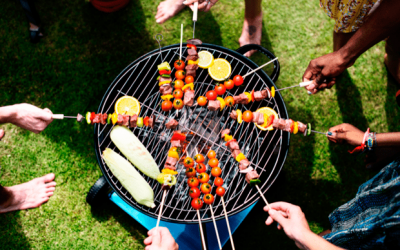 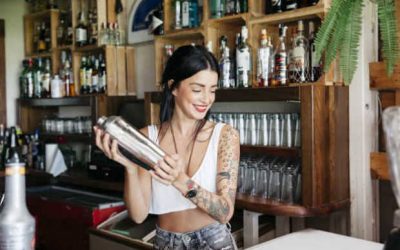